Move Your Body for Your Brain – But Not TOO Much

So, we’ve learned that we need to move our bodies in order to move and improve our mental health. But the line is still unclear as to how much we need to move and what types of activities are best for our minds. Most all physical activity is good, yes, but some of us are also achievers and tend to overextend ourselves in pretty much all areas of life. The slogan, “More is Always Better,” DOES NOT apply to physical activity and brain health (nor to physical health either – but that’s another story). We want to be like Goldilocks and move our bodies and our minds in a way that is “just right.”

This is not a place to overdo it, once again. You’ll sacrifice your body AND your BRAIN.

This is not a place to overdo it, once again. You’ll sacrifice your body AND your BRAIN.

A recent study used 454 older adults to measure physicality and cognition for over the course of 20 years. Participants also agreed to donate their brains for further research once they died. During the 20 years, the adults in the study wore accelerometers to track their movement at all times, 24 hours a day.

The participants who moved their bodies more scored far better on the memory and thinking tests and showed overall rates of 31% less dementia. The association between physical activity and cognitive function remained consistent even after the study accounted for brain pathology and dementia.

Another study followed 160 sedentary folks with mild cognitive impairment who either took part in moderate aerobic exercise three times a week for 45 minutes, changed their diet to the DASH diet (Dietary Approached to Stop Hypertension), or combined the exercise with the DASH diet protocol.

Interestingly enough, the participants who were selected to change BOTH their exercise and eating habits together showed a significant decrease in cognitive health and performance. Those who ate the DASH diet for six months showed no cognitive change. However, the adults who undertook MODERATE exercise three times a week for six months all showed outstanding improvements in cognitive health, memory, and critical thinking.

Thus, we certainly don’t want to do TOO much in terms of changing our lifestyle, but we do want to do ENOUGH in order to remain effective. (Further research indicates that a low-calorie diet combined with exercise is not beneficial for brain health in any way, shape, or form. Our brains need fat in order to function and survive!)

So, how much and how hard should we exercise to benefit our brains the most?

Well, it turns out the answer is a little tricky. Experts recommend 45 minutes of MODERATE activity three times each week. This means raising the heart rate just a bit, but not so much that you’re unable to carry on a conversation. Imagine you’re on a brisk walk, chatting with your best friend – you’re a little winded, but you could still continue to walk and talk their ear off. Does that make sense? And, it’s also possible that bumping up the routine to five days a week can be just as beneficial as three days, but no more. Brain health and cognition risk decline with greater than 200 minutes of aerobic activity over the course of seven days.

The trick is to be consistent, and then you’ll see a boost in your mood and your energy! 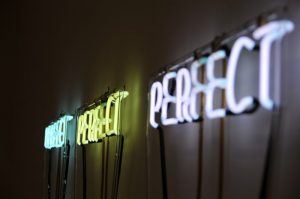 HPMI fosters transformation in organizations and individuals by providing tailored and relevant health and well-being solutions, delivered with our signature “white glove” service. The result is enhanced organizational performance, lasting change, and a healthy culture embraced by all.